This month I cycled the Fietselfstedentocht, a 235KM tour through Friesland. This tour brings you through various Frisian cities throughout one of the most Northern provinces of the Netherlands. The tour was first organised in 1912 and has grown to become legendary due to its history, challenge and popularity; well worthy of a blog post!

History: The Frisians and their eleven cities

Friesland is a special province in the Netherlands, where the people have their own (officially recognised) language and culture. Part of this culture is the "elfstedentocht", a 200KM ice skating tour, over canals, rivers and lakes through the eleven Frisian cities during winter. The ice skating tour was first done in 1890 during a long and cold winter. Since then the elfstedentocht has become a legendary tour where people that have completed the 200KM distance are regarded as heroes, successfully withstanding the elements.

Somehow, more than 100 years ago, a couple of Frisians decided that one could do the Elfstedentocht on bike instead of skates during summertime. History was written: since then the bike tour has been organised regularly. Popularity grew to 12.000 participants in the 1970s. The organisation maintains a record of who have completed the tour, and special recognition is given to people that have successfully finished multiple times.

I wanted some of this "elfsteden"-heroism, too. Getting a starting voucher is difficult: every year there are more people wanting to cycle than there are tickets available. To get your ticket you have to preregister in November, where tickets are allocated using a 'lottery mechanism'. While I was unlucky at the first round, I was able to seize my ticket in January (when they where reissuing unclaimed tickets).

Since the tour starts in the early morning you somehow have to get there in time. The easiest way to do this, is to sleep the night before somewhere in the neighbourhood. I booked an hotel in Leeuwarden, the "Postplaza Hotel". Other cyclists are camping on one of the few campings in Bolsward, where both the start and finish is.

The funny thing of the Elfstedentocht is that the entire region is aware of it. So too for the Hotel, there are special accommodations for your bike and you can have an extra early breakfast arranged. They serve healthy food, perfectly suitable to gain that extra energy that is needed for the grand tour.

Locals make a special day from it, everywhere there are crowds of people applauding and supporting participants. Some with music, some with cheering, some with signs, some with dancing, some with special dressing up. It is really unlike any of the other bike tours I have ridden.

So there I arrived at the start in the early morning of June 5th, 2017. It was just a drive of 20 minutes from the Hotel. Everything was relaxed, cool, and I felt ready to start the 235KM ride. That all changed when I opened the trunk of the car....

... if you look at the picture above you'll notice something essential is missing: my front wheel! I forgot to put my front wheel in the car when I left home! Rarely have I felt such instant and intense misery...

I wouldn't let it happen that my attempt to take part in the Elfstedentocht would end before it had begun, so I took my bike (all parts of it anyway) and walked into town. It didn't take long for people to notice me. "Hee, aren't you forgetting something?!" people asked. Then a friendly local elder man approached me asking if I needed any help. He knew a bike shop that was open (it was still very early in the morning), we walked there (taking some downtown shortcuts) and I thanked him.

At the local bike shop they told me I wasn't the only one, apparently more people do stupid things like forgetting your wheel when going for a 235KM bike ride...

With a fresh and newly mounted front wheel I was set to go (as the stickers on the shop window fittingly stated - as it was meant to be this way).

The thing with a long ride, or grand fondo (as the Italians say), is that during the ride the conditions can change. So in a way you're never quite know for sure what to expect. I have ridden long rides before and I know how to dose my efforts to be able to keep going on for hours.

It was quite windy during the morning and early afternoon. Riding for many kilometres through the open country side, the wind proved to be a real challenge. Luckily I wasn't the only participant; with some handy positioning I managed to join some other cyclists in a formation through the wind. Cycling in a 'train', behind other cyclists can really reduce the effect the wind has on you. But, be sure to take your part of the wind as it's unfair to have others do all the hard work.

Lots of people where along the route. It was awesome and it certainly helps get you through the day. I had some special supporters this day: my wife with some fresh sandwiches and my mother and her friend.

After 8 hours and 41 minutes I was back in Bolsward and finished the ride with an average speed of 27KM/hour (not bad considering the wind!). It was one the most challenging rides I have done, but it was totally worth all the efforts!

There it was a day later, my original front wheel - still in the garage at home. Next year I'll bring both wheels to the start. :-) 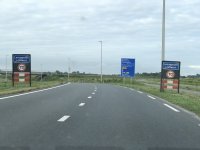 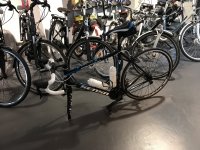 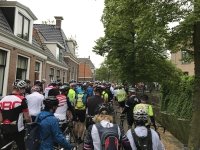 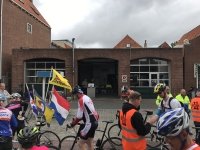 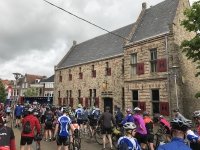 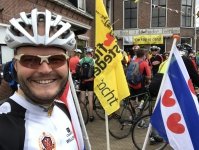 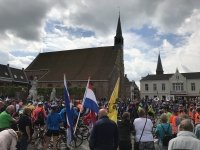 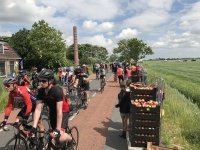 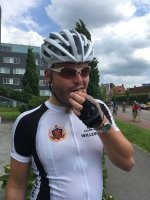 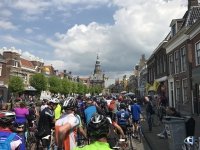 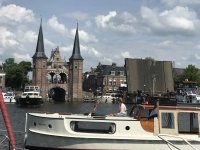 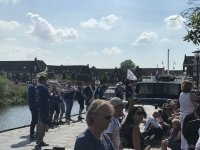 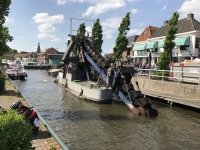 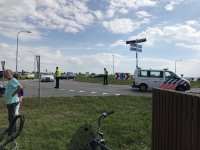 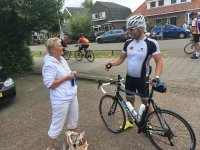 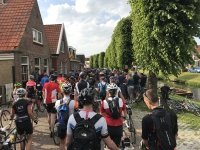 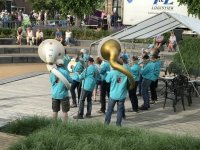 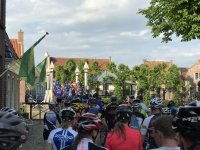 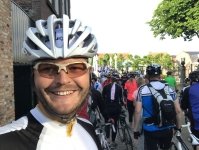 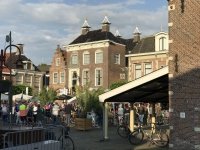 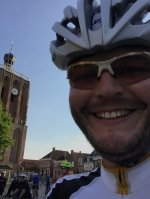 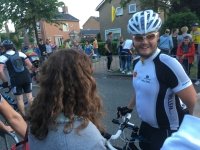 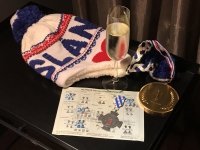 If you found this content useful,
consider showing your appreciation
by buying me a coffee ❤️😋:


Please leave your email, if you want me to respond

Or help me by sharing this post with your friends:

I send an email newsletter every month with my notes for the past few weeks - the stories and links I saw that were actually interesting, and why they mattered, plus any new posts here.

This email address is already registered. You can update your preferences here.

Please follow the instructions in the confirmation email to complete your registration.